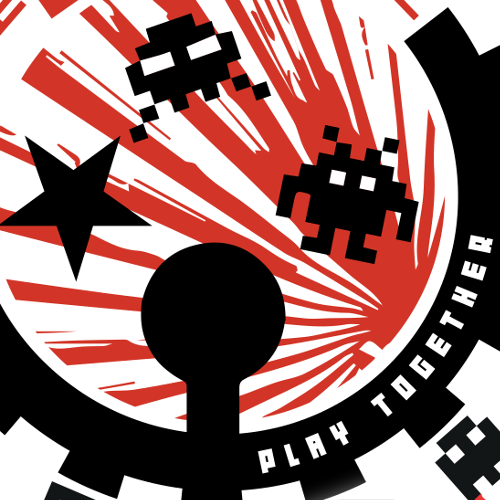 gameZfestival is a festival for game design and games. The initial Festival was all about game mechanics.  This year's dominant topic is »play together«. The first video games were all multiplayer games, from Spacewar and TennisForTwo to Pong. The game was the Tabula Rasa that featured odd rules. With Breakout the opponent was replaced by levels. And video games ignited the second stage and developed further on. Today, the multiplayer is back in all its variants: Playing together in the living room or over the Internet in MMOS.

Highlights of this year are: Dutch designer Joost van Dongen, who has developed the extraordinary Multiplayer game Awesomenauts for Ronimo Games. The Canada Swiss Daniel Lutz, who produced the game Hitman Go  for Square Enix in Montreal. The Swede Krister Karlsson with a revival of an Amiga Game of 1993 and the London German Reiner Knizia as trendsetting inventor of board and card games.

»Play Together« addresses the phenomenon in various ways. The exhibition »1st vs. Multiplayer« shows the evolution through the decades of game design, from Pong to Altered Beast. The program features three days with talks, panel discussions and OpenMics. Friday is dedicated to the game arcades and the 80s and 90s games. Saturday immerses you in the indie scene. And on Sunday, we proceed to the classic multiplayer of board games. One thing is clear: It's always about multiplayer game mechanics and that does not necessarily just mean »play against each other«. An exception however is planned too: Saturday afternoon is all about the topic Selfie game. And there is even an award for the weirdest #Selfiegame14.