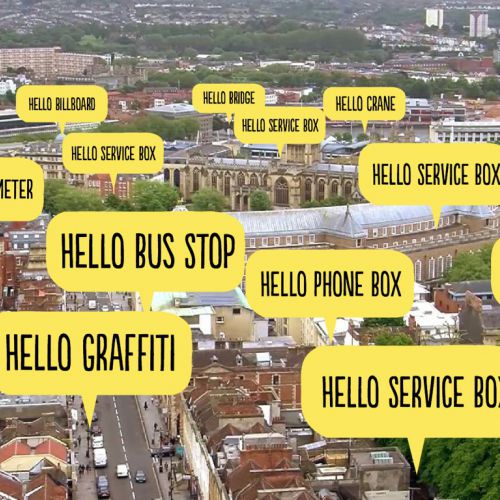 This two day international conference will explore the theme of the Playable City, and asks what it might mean for citizens, urban planners, tech giants, small companies, artists and designers in imagining and making the cities of the future.

From Stockholm's Piano Stairs to Bogata's traffic mimes, a global movement of unusual city interventions is taking shape, using playfulness to connect people to each other and the places they live and work. We call it Playable City. On 10 and 11 September, we are bringing together a brilliant group of thinkers, makers, planners and civil disobedients, to look at cities as playable places and ask how we make and unmake our future cities?

The conference will feature playful interventions, lots of room for networking, debate and discussion, an academic track, plus some artist commissions. Featuring key speakers and practitioners, including architect, artist and Umbrellium founder Usman Haque, Director of Google's Creative Lab Tom Uglow and the makers of inaugural Playable City Award winning project ›Hello Lamp Post‹, alongside an academic strand convened by the Digital Cultures Research Centre at UWE exploring some of the key themes around smart, playable and playful cities.

The conference will include the unveiling of Shadowing, the 2014 Playable City Award winner by Jonathan Chomko and Matthew Rosier, giving delegates a first look at this brand new, future-facing artwork.

The Playable City is a people-centred counterpoint to the notion of the Smart City, a gateway to a city where serendipity, hospitality and openness are key. Public narratives around technology-driven cities often feature a fear of isolation, that community and conversation will be rendered extinct.

For more information on the conference programme and speakers, visit Playable City Conference.